There’s has been a debate raging of late as to whether advertising is a science or an art and even whether advertising as a industry can actually survive in the new social, data, technology landscape. According to some commentators ‘people don’t want to be advertised to anymore’.

So science or art what’s the point of it all anyway? Has advertising in its present form become passé and irrelevant? AdAge said that ‘as marketing becomes increasingly driven by data and technology, ad agencies are having to compete for business against a new found rival: consulting firms like Accenture and Deloitte. Deloitte has acquired dozens of creative agencies, while Accenture Digital was named the largest digital agency network. Obviously right now they’re having a ‘micro moment’. Added to which Facebook and Google are it seems becoming de-facto agencies. Whichever way you look at it, it’s getting harder.

Scary Stuff, Or Is It?

The thing is the advertising industry has for many years been a hotbed of talent. It has been one of the first industries to embrace change and to study and master new genres, techniques and technologies. It houses a myriad of strategic and creative talent and has led the world for inventiveness, creativity, business building, digital design, data and film making. And yes to all the consultants out there … it’s very often helped clients to re-organise themselves and find new revenue streams too.

But, right now is definitely a time when we need our best creative thinkers to help negotiate us through one of the most disruptive and uncertain social and economic periods in the history of the UK and the World at large. I for one am confident that the integrated marketing agency star will be in the ascendency for many years to come. “Cometh the hour cometh the man” (or woman of course). And whilst not wishing to be complacent the tension between agencies and consultancies has been brewing for years. Of course they want to buy great creative and digital agencies. Why wouldn’t they?

The adverting business is dramatically changing just like it always has. Consumers have taken back control. In a relatively short space of time we have moved from buyer beware… to seller beware. We have gone from preachy advertising to storytelling. And then moved on some. We have learned how to take a tiny banner advertisement the size of a postage stamp and make it creative and engaging. We have learned that brand websites have, for now, been overtaken by social media comparison sites. And that online influencers can make or break a brand. As an example Ryan’s Toy Review, featuring a seven year old boy as its presenter makes £11 million a year from opening and playing with toys on You Tube. Ryan has a massive impact on toy sales… and presumably quite wealthy parents!!

But here’s the thing. Whatever the change or channels ‘smart’ advertising agencies realise that strategic planning has a major role to play in identifying and creating powerful brand advantage and roadmaps to success for their clients. Now more than ever strategic planning may have become the most investable agency department for owners to consider, It’s one of the services, that clients will use as a clear discriminator between agency offers. Can my agency understand the shifting sands of my business and do they understand the new landscape in which we operate? Can they communicate a clear vision for our business development and marketing communications? And most important of all .. do they have the magic formula to persuade our valued customers to want to join us on our journey?

Of course Science and Art will all figure heavily in leading us to the promised land. But the first and foremost function that agencies will be judged on in the Brexit Years will be their ability to understand that everything they know has changed and will keep on changing at light-speed. And that if advertising agencies, as they used to be called, want to survive within the new reality, they will need to change too. Beyond all recognition if that’s what it takes to remain relevant and highly competitive wherever that competition comes from. If you are seeking an agency that invests in strategic planning, creative, technology and data and that can apply Smart Thinking and innovation to help build your business future. THINK LAW Creative. Multi Award Winning solutions are just an email away. Brett.sammels@lawcreative.co.uk 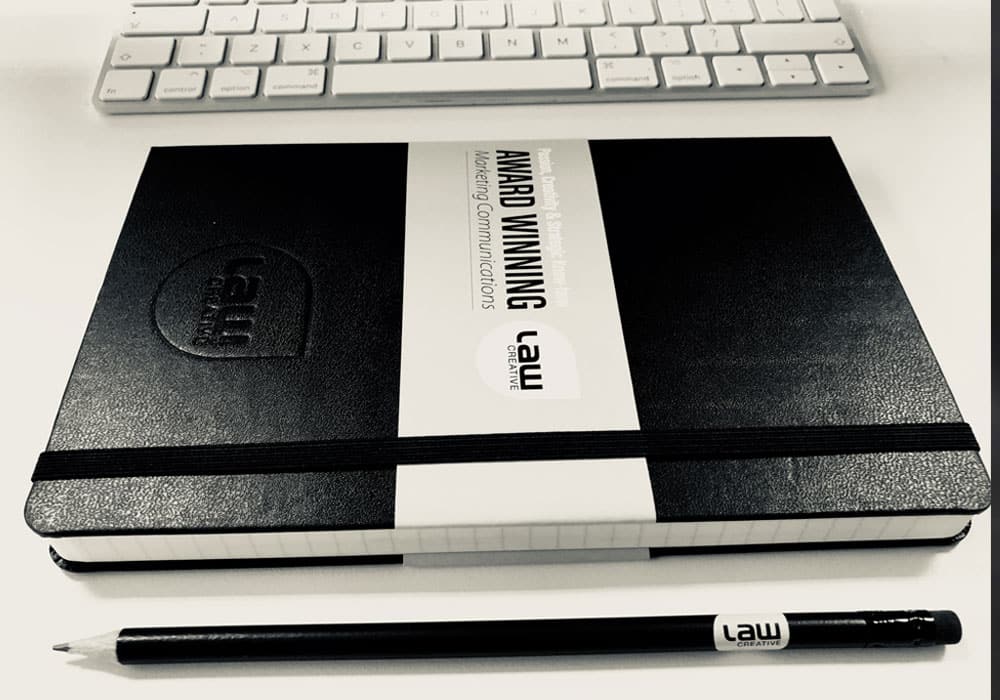