Bob Dylan once said that ‘inspiration is hard to come by… you have to take it where you find it’. As a creative, I find this assertion both uplifting and challenging.

Casting my mind back about 19 years, I recall a brilliant copywriter (named Chris May) who I worked with at BHWG (before it became Proximity) who gave me a copy of ‘A Technique for Producing Ideas’ by James Webb Young. Originally published in 1939, this marvellous little book sets out clearly and concisely a set of guidelines for coming up with ideas (the clue is in the title). So far, in 22 years of being a copywriter, I have yet to find anything quite so compelling, easy to read or (to put it bluntly) bang on the money both in terms of attempting to explain what inspiration is and how to harness it. 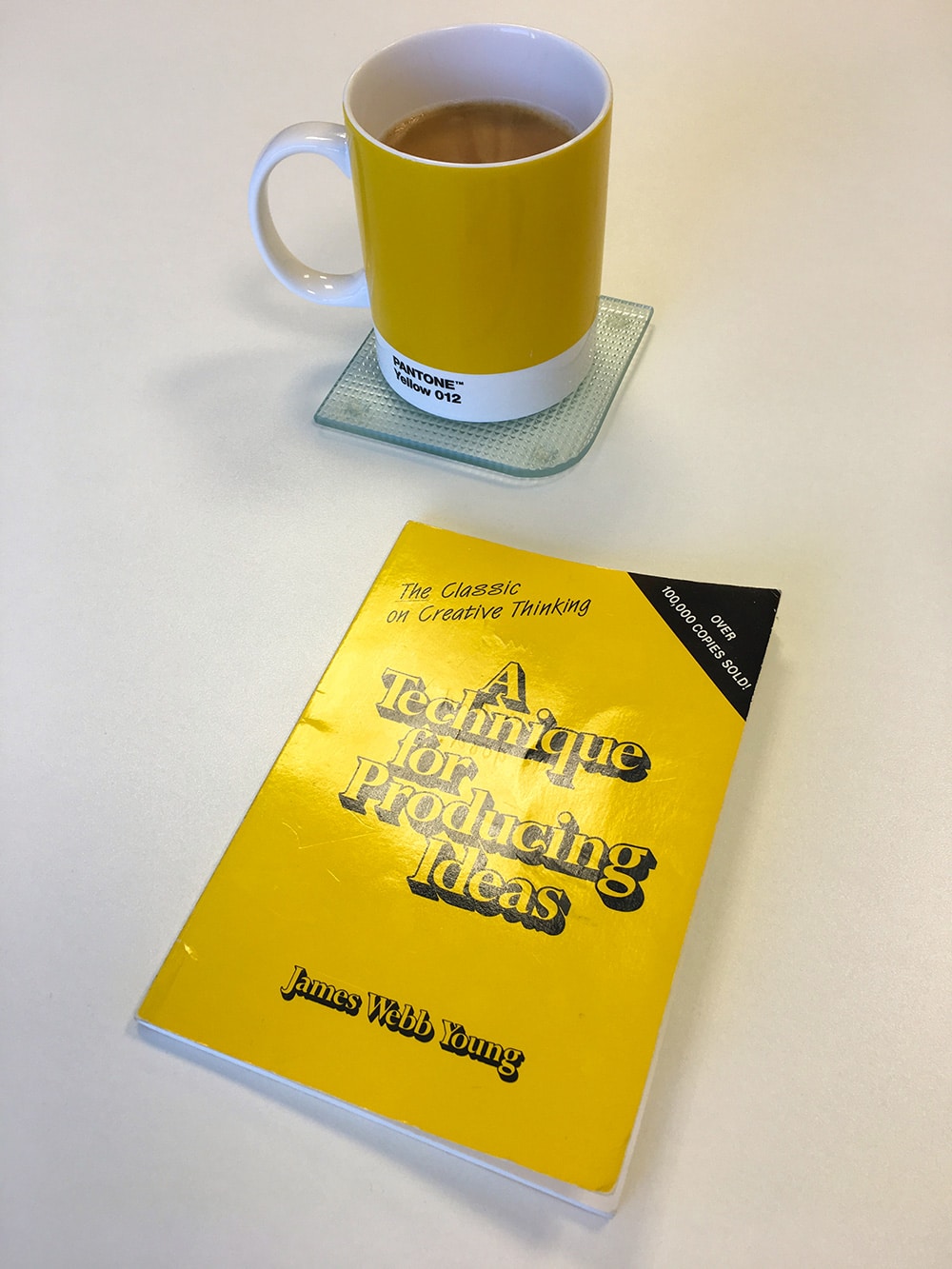 Take Mr Young’s assertion that the thing of most value is not where to look for a particular idea, but rather how to train the mind in the method by which all ideas are produced; and how to grasp the principles which are at the source of all ideas. He goes on to contend that, as part of an in-built subconscious human mind technique for the production of ideas, there are five steps that must be followed:

• The gathering of raw material (i.e. what you are saying and who you are saying it to – as well as taking a general, unceasing interest in the world around us and everything and nothing).

• Turning facts around in your mind… playing with them and seeing where they lead you.

• Use your unconscious mind and stop trying to consciously think of ideas. Stimulate the unconscious creative mind by doing something else entirely.

• Wait for the idea: don’t strain for it or try to force it. Just wait for it. It might come when you least expect it, but if you’ve followed steps 1-3, it will come.

• Show your idea to other people. Don’t be precious about it. Invite criticism and comment, because ultimately, those are the things that will make it better. (As James Webb Young puts it… ‘you will find that a good idea has self-expanding qualities… it stimulates those who see it to add to it, thus possibilities which you have overlooked will come to light’.)

Of course, there’s more to it than simply reading one book (or we’d all be winning D&AD awards). For me, other things that inspire can be watching a movie, listening to music or simply strolling round the supermarket and looking at all the packaging and vivid colours. Or kicking a ball around with my son, Harvey. Or pruning my laurels (but never resting on them). Or going for a long walk under a clear blue sky.

Being something of a ‘newbie’ at LAW Creative (nearly two months now) I have been impressed by just how much the idea of ‘being inspired’ plays a part in the agency’s day-to-day life. From the kind of projects we get to work on, to the general atmosphere of positivity and collaboration; where it’s not just about one person’s opinion, but where everyone works together to come up with the best possible solution – whoever the client, whatever the brief. And what can be more ‘inspiring’ than that?

To find out more about the kind of inspirational thinking that goes on at LAW Creative, contact brett.sammels@lawcreative.co.uk